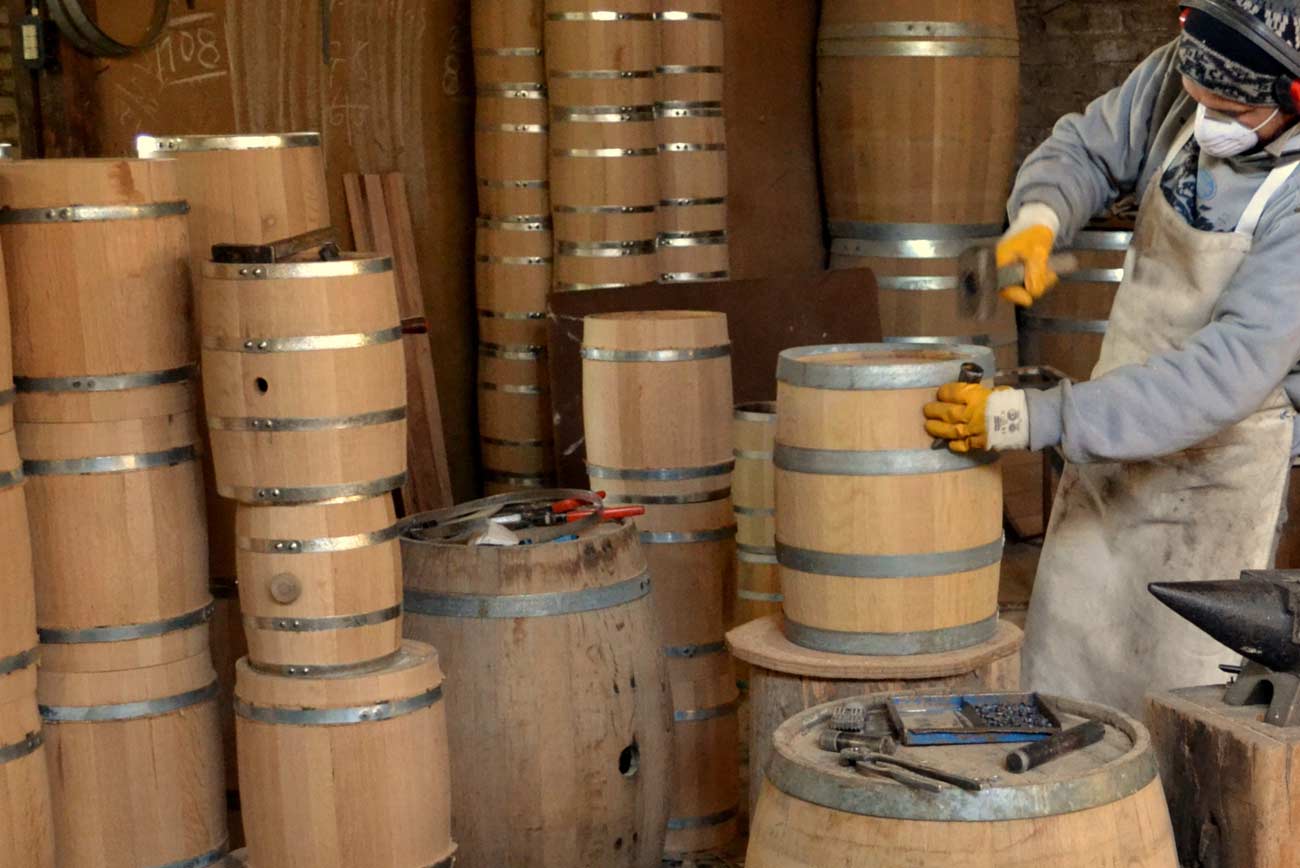 
The timber production tradition of BAJDA S.R.L. goes back to the early XX century in SLOVENIA, in the European Alps, where Pedro Bajda carved with his own hands the best casks and barrels of the region. Then the war pushed Pedro, his wife and children, among them, PAUL BAJDA, to cross the ocean to travel into Argentina. His first concern was to know where wine was produced in the country, for in that place there would be the job he was well acquainted with. The answer was Mendoza and therefore it was also his destiny.

In 1949, the passion of Pedro Bajda for wood led him to this land and his knowledge about timber helped him to settle and grow there. In 1951, he formed the cooperage company, together with his children, at the service of the main wineries of the country.

BAJDA has the best suppliers of oak raw material in the United States and in Europe, from which this noble material is imported and, after the necessary stationing, it is transformed into excellent barrels and casks for the producers of quality wines or spirit drinks.

From its origin, the company produces and commercializes, either for national and international market, new barrels on request made of American (Quercus alba) and European (Quercusrobur o petrea) Oak. We also provide barrel recycling and remanufacture of barrels services with three processes well defined that give the original characteristics back to the barrel.